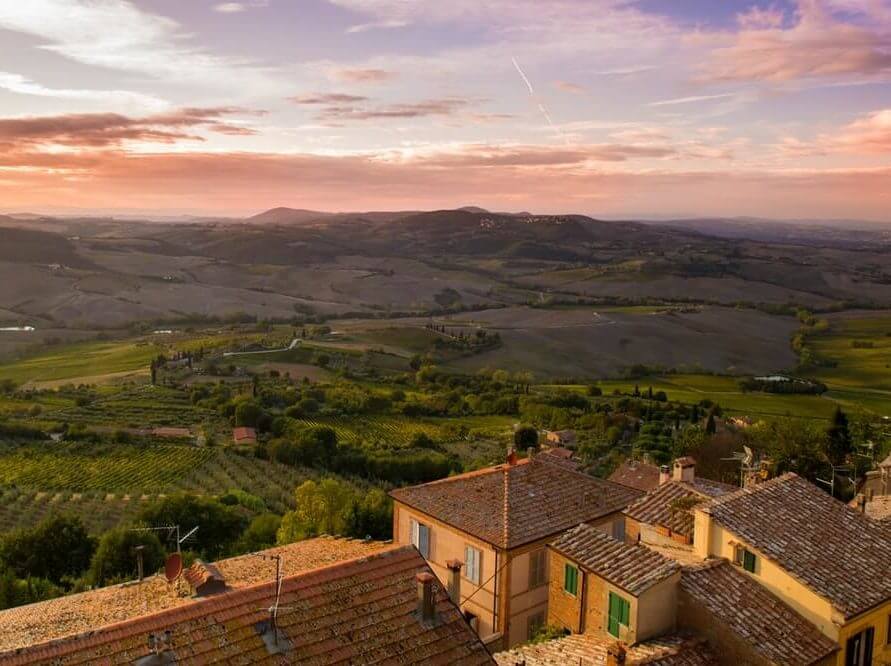 Canelli is part of an UNESCO World Heritage territory, and its area includes the municipalities of Canelli and Calosso, respectively in the province of Asti and the one of Santo Stefano Belbo, in the province of Cuneo. This land represents the production center of two Italy’s best-selling sparkling D.O.C.G wines: the sweet Moscato d’Asti and the Asti Spumante (sparkling wine), deriving from the processing of the aromatic grape Moscato d’Asti or Moscato di Canelli, a sweet white grape variety. The Asti spumante is a wine historically attested in Piedmont Region, where peculiar environmental conditions have allowed its spread and tied intimately the production of its aromatic grapes to these places and it’s one of the most exported Italian white wines abroad. From the same white Moscato grape variety is also produced the Moscato d’Asti, a sweet wine, slightly effervescent.

Thanks to its position, the town of Canelli was already very important in the Roman era and around the year 961 its name is for the first time included in the list of the royal properties in Piedmont.

The city of Canelli has a profound cultural patrimony and the influence of Asti and Alessandria over this city became stronger and stronger as time went by. 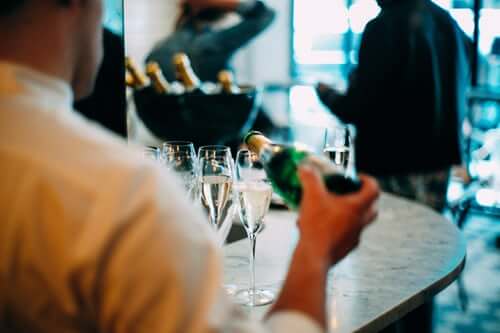 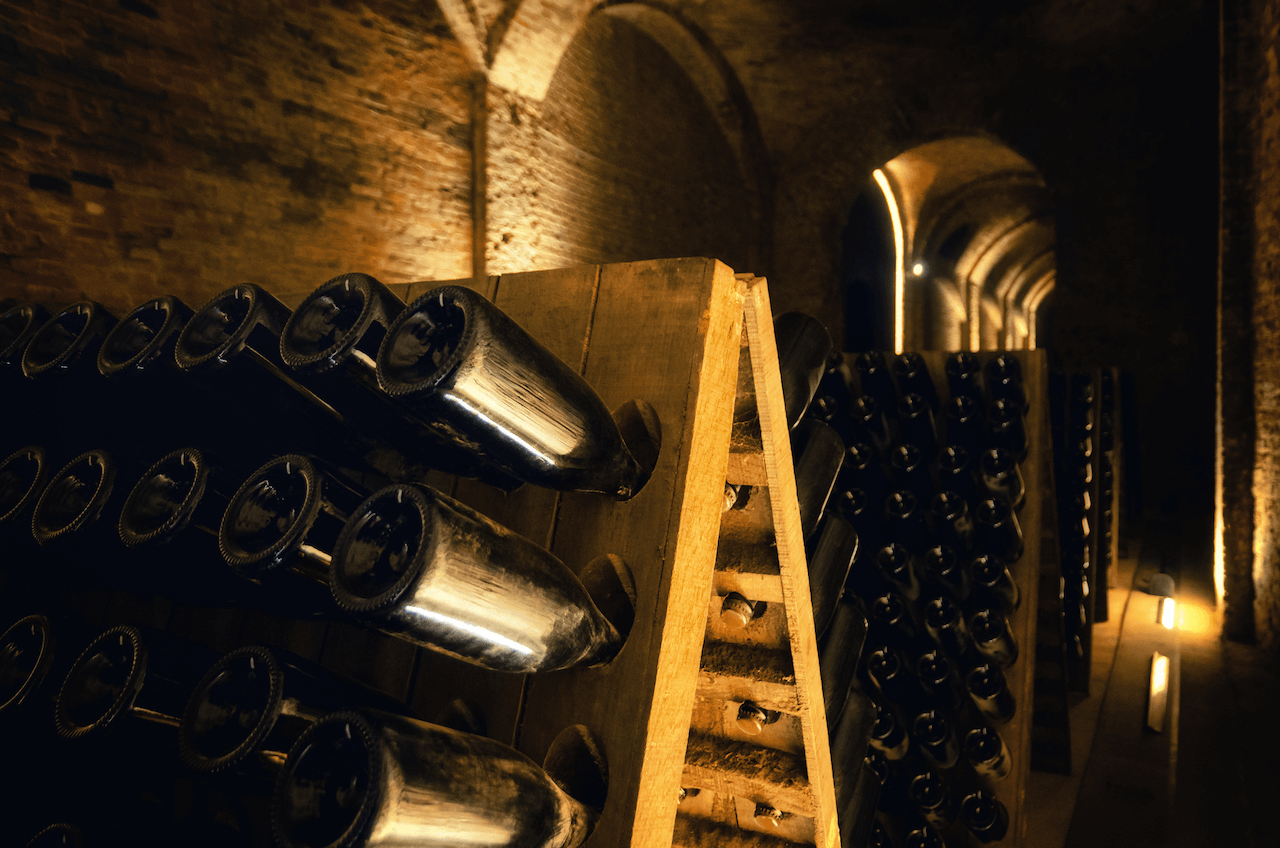 “The so-called underground cathedrals, are historic cellars that pass under the city for approximately 20 km (12 miles)”

They disappear on different levels in the viscera of tufa hills all the way to 32 meters (104 feet underground), thus creating really suggestive scenarios: real masterpieces of engineering and architecture. The excavation of these cellars began in the XVI century, but finished only in the XIX century, the same period that saw Canelli wines becoming more famous in the Italian scene and abroad as well.

In these historical cellars, thousands of bottles of Spumante Metodo Classico (classic method sparkling wine) ferment at a constant temperature of 12-14 C° (53-57 ºF) degrees, which give to Canelli wines a very special aroma and unique flavor. The processing of the Spumante (sparkling wine) needed, and still needs today, a constant temperature of 12 – 14 ºC (53-57 ºF) all year long, so wine producers needed the right cellars that, in order to guarantee that temperature, necessarily had to be underground. The hilly layout of the area and the earth’s composition had the necessary qualities: calcareous tufa is alternated with hard layers and sandy ones. It is easily dug, it preserves the right degree of humidity and insulates perfectly.

It is known that for centuries, wine that was produced locally was stored in crutin (cellars in piedmontese dialect) underground, so these pre-existing cellars dug into tufa were expanded. As time passed, requirements evolved. Technical and hygienic needs required these subterranean constructions to be in red bricks. This brought on more functional work spaces where millions of bottles could be stored..

Most of these cathedrals are open to the public like Contratto and Coppo. It is possible to visit the historical cellars and to have a full tasting of the wines produced.

Founded in 1867, the historical Contratto cellars covers 5000 meters and they are located under the Gancia castle. They are 32 meters deep and in 1919 they produced the first sparkling wine called “millesimato“. The winery has a long and prestigious history; at the end of the XX century, its wines left Canelli to destinations around the world and Contratto provided its wines to the Vatican and to the Italian royal family.

Founded in the beginning of XX century by Piero Coppo, the company began with the production of Moscato and then  brut wines made from Pinot grapes but there is also a large production of great red wines of the territory. In these cellars various geological layers show us the various eras. The company boasts many fine wines and a particular praise goes to the Barbera d’Asti Pomorosso.

The Langhe area in the Piedmont region is deservedly famous for its enogastronomy, simple and genuine at the same time. A balance of tastes that is tr...